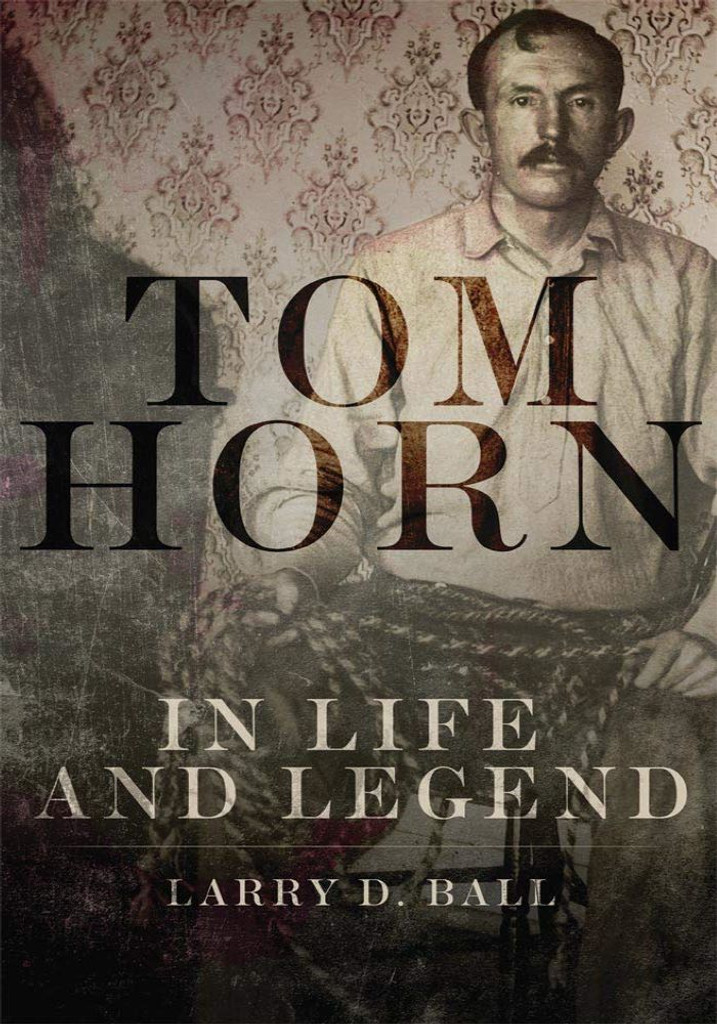 Some of the legendary gunmen of the Old West were lawmen, but more, like Billy the Kid and Jesse James, were outlaws. Tom Horn (1860–1903) was both. Lawman, soldier, hired gunman, detective, outlaw, and assassin, this darkly enigmatic figure has fascinated Americans ever since his death by hanging the day before his forty-third birthday. In this masterful historical biography, Larry Ball, a distinguished historian of western lawmen and outlaws, presents the definitive account of Horn’s career.

Horn became a civilian in the Apache wars when he was still in his early twenties. He fought in the last major battle with the Apaches on U.S. soil and chased the Indians into Mexico with General George Crook. He bragged about murdering renegades, and the brutality of his approach to law and order foreshadows his controversial career as a Pinkerton detective and his trial for murder in Wyoming. Having worked as a hired gun and a range detective in the years after the Johnson County War, he was eventually tried and hanged for killing a fourteen-year-old boy. Horn’s guilt is still debated.

To an extent no previous scholar has managed to achieve, Ball distinguishes the truth about Horn from the numerous legends. Both the facts and their distortions are revealing, especially since so many of the untruths come from Horn’s own autobiography. As a teller of tall tales, Horn burnished his own reputation throughout his life. In spite of his services as a civilian scout and packer, his behavior frightened even his lawless companions. Although some writers have tried to elevate him to the top rung of frontier gun wielders, questions still shadow Horn’s reputation.

Ball’s study concludes with a survey of Horn as described by historians, novelists, and screenwriters since his own time. These portrayals, as mixed as the facts on which they are based, show a continuing fascination with the life and legend of Tom Horn.

Tom Horn Blood on the Moon

Life of a Soldier on the Western Frontier