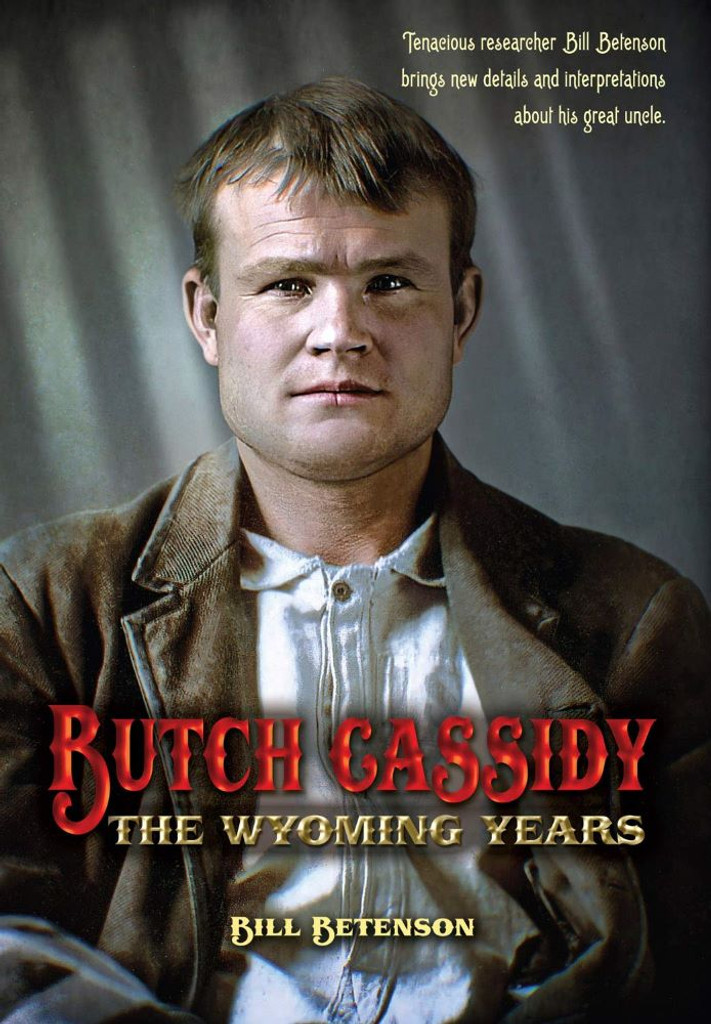 For this book, the author focuses his attention on the time Butch Cassidy spent in Wyoming, starting in 1889 when he hightailed it north to Wyoming after robbing his first bank. The book details Butch’s escapades, rustling and robberies, capture, trials, and imprisonment until his pardon in 1896. It follows Butch to the Southwest where he was the mastermind behind other Wyo­ming robberies before he set sail for Argentina with the Sundance Kid and Etta Place. Some believe Butch returned to Wyoming to visit with old friends beginning around 1925.

The Old West stories that hold our attention the longest, even decades after the facts, are those with unanswered questions. Butch Cassidy’s story is full of contradictions, aliases, and mysteries. It’s also filled with fascinating men and women who lived in a very different rough-and-tumble world.

Betenson has tracked down old accounts, descendants of Butch’s cohorts, records from dusty courthouses, and seldom seen photographs. He’s traveled all over the West and visited Argentina to stand in the doorway of the cabin where Butch, Sundance, and Etta lived.

Now he turns his considerable mastery to Butch’s Wyoming days, perhaps the most engross­­­­ing period of a captivating life.