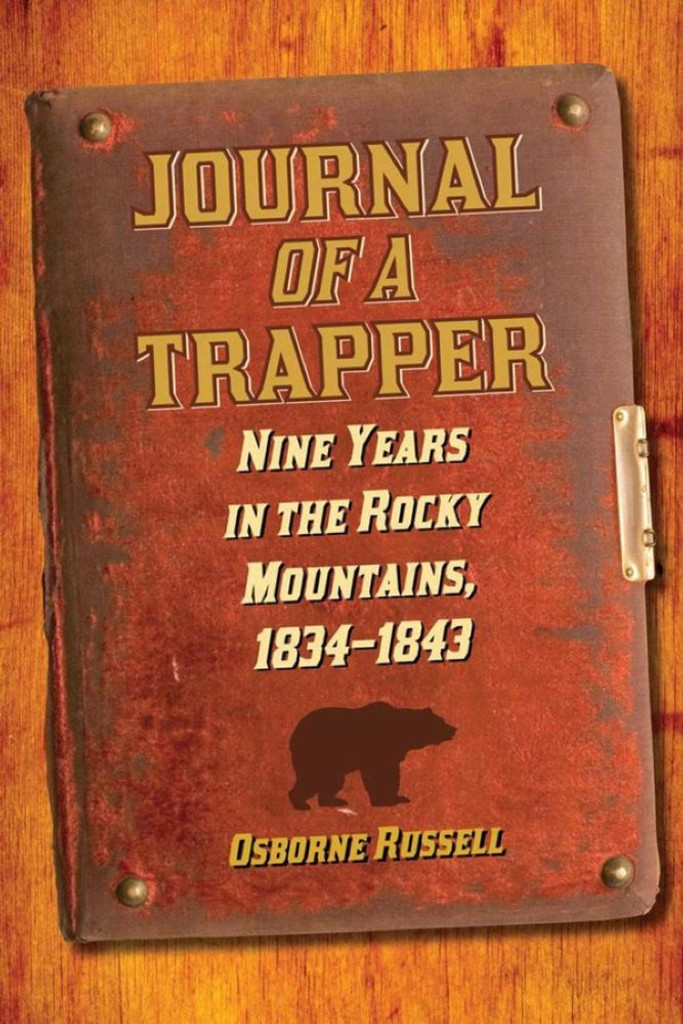 Ever wonder how everyone made it west? They used trails beaten by such men as Osborne Russell. In 1830, sixteen-year-old Russell left his farm in Maine and ran away to the sea. He didn’t like it. He ended up joining an expedition headed to Oregon by way of the Rocky Mountains. Along the way, he acquired the skills necessary for survival. He also hunted buffalo and trapped beaver, looked for new trails west, and kept a journal that forms the basis of this vigorously authentic book, only including information he considered “proved true by experience.”

Written in an intensely personal style that lacks punctuation at times, The Journal of a Trapper abounds with details about hunting and trapping in the Rocky Mountains, including descriptions of the animals he encountered. He travelled along the Yellowstone, Snake, and Sweetwater rivers (among others), through the Rockies and Tetons. His book is so accurate that recent readers have retraced his steps using it.

Russell’s journal reflects the complex character of many of the independent men of that era: adventurous, tough, and resourceful. He was a politician in Oregon when he decided to write about his earlier life as a trapper in the Rockies, and he retained the authentic “voice of the West.” Read this book for its exact and colorful descriptions, and for a rollicking good time.