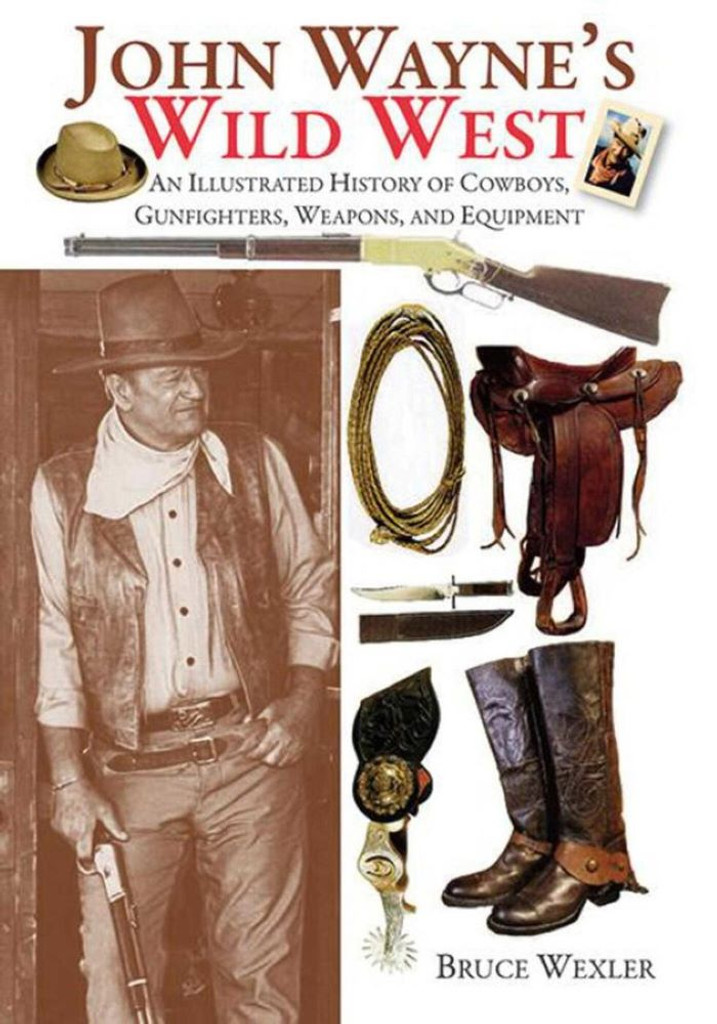 John Wayne is the most iconic cowboy actor of all time, even now, thirty years after his death. His unique style brilliantly characterized a whole troupe of western characters, from rancher to cowboy to sheriff to scout, and left his fans with numerous popular sayings like "That’ll be the day” and "Pilgrim.” During his long career, in which he starred in over 175 films. Wayne’s work became fundamental to our understanding of the Old West. But how much of what we saw in his movies was "real?” In John Wayne’s Wild West, learn about The Duke’s extraordinary influence on our understanding of the West. Also, learn about the equipment, weapons, clothes, tack, boots, and other paraphernalia featured in Wayne’s Westerns, including his personal favorite gun, the Winchester carbine.

With 100 color photographs of The Duke and detailed information on his movies, both the ones he starred in and the ones he directed and contributions from the John Wayne Birthplace Museum, John Wayne’s Wild West is the book for fans of John Wayne movies and history buffs alike.

Skyhorse Publishing, as well as our Arcade imprint, are proud to publish a broad range of books for readers interested in history--books about World War II, the Third Reich, Hitler and his henchmen, the JFK assassination, conspiracies, the American Civil War, the American Revolution, gladiators, Vikings, ancient Rome, medieval times, the old West, and much more. While not every title we publish becomes a New York Times bestseller or a national bestseller, we are committed to books on subjects that are sometimes overlooked and to authors whose work might not otherwise find a home.

You Wouldn't Want to Live in a Wild West Town!