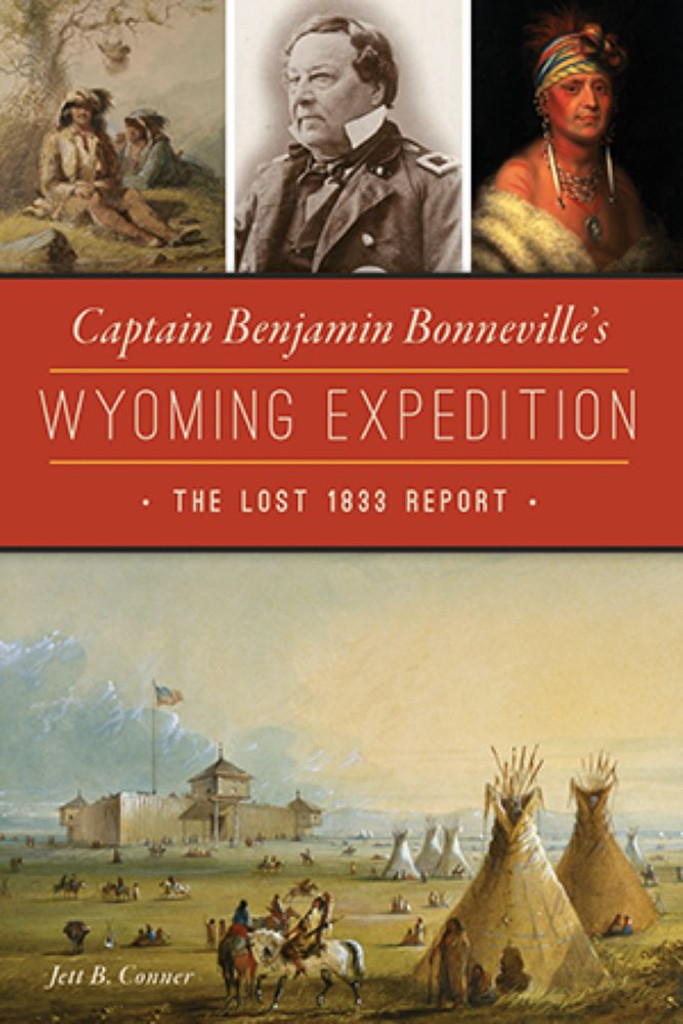 In 1832, Benjamin Bonneville led the first wagon train across the Continental Divide on the Oregon Trail. Financed by a rival of the Hudson’s Bay Company, Bonneville and more than one hundred traders and trappers traveled from Fort Osage on the Missouri River, up to the Platte River and across present-day Wyoming. Washington Irving first gave the U.S. Army officer a brand by chronicling the three-year explorations in the 1837 book The Adventures of Captain Bonneville. Historians have long suspected that the captain, under the guise of commercial fur trading, was preparing for an eventual invasion of Mexico’s California territory. Bonneville’s 1833 report concerning his first year in the Wind River Range and beyond remained lost for almost a century before resurfacing in the 1920s. Author Jett B. Conner examines the intriguing details revealed in that historic document.